A scenic 4 mile long bike trail stretching from Walter Winter Drive to Town Line Road, the Heritage Trail is perfect for biking, walking and inline skating as well as cross country skiing during the winter months.

Trail-goers may access the Heritage Trail via Erie Street to  Walter Winter Drive or by following Commerce Drive through the Village of Lancaster Industrial Park. The other entrance is off Town Line Road, between Walden Avenue and Westwood Road. Public parking lots are located at both entrances.

Lancaster is home to first-class golf courses, including the Buffalo Tournament Club, a public 18 hole course, as well as the Lancaster Country Club and the Fox Valley Club.

The Federal style house, circa 1810, is believed to be the oldest stone dwelling in Erie County. Restoration efforts are being undertaken by the Hull House Foundation. 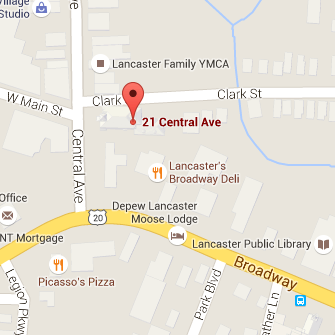 © 2016 by Lancaster IDA
Website Design and Hosting by: Edmunds GovTech